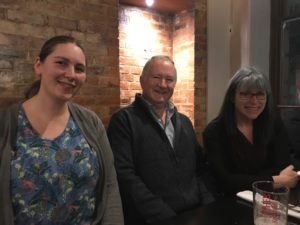 Three chairs, past and present, captured together at the traditional post-concert curry night. 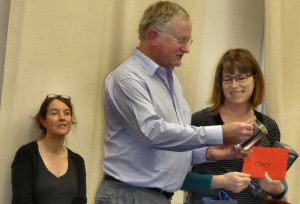 Presentation of inscribed tankard (and contents) to Tony Strachan in recognition of his inaugural term as first chairman of Merchant Sinfonia, 2013-2015.

Pictures from our Spring 2015 concert and rehearsal in the City Halls, Glasgow – many thanks again to Ian Watson…